Aesthetic Art Prize 2017: ‘Society’ long-listed for the exhibition and featured in their anthology

Sky Portrait Artist of The Year 2019 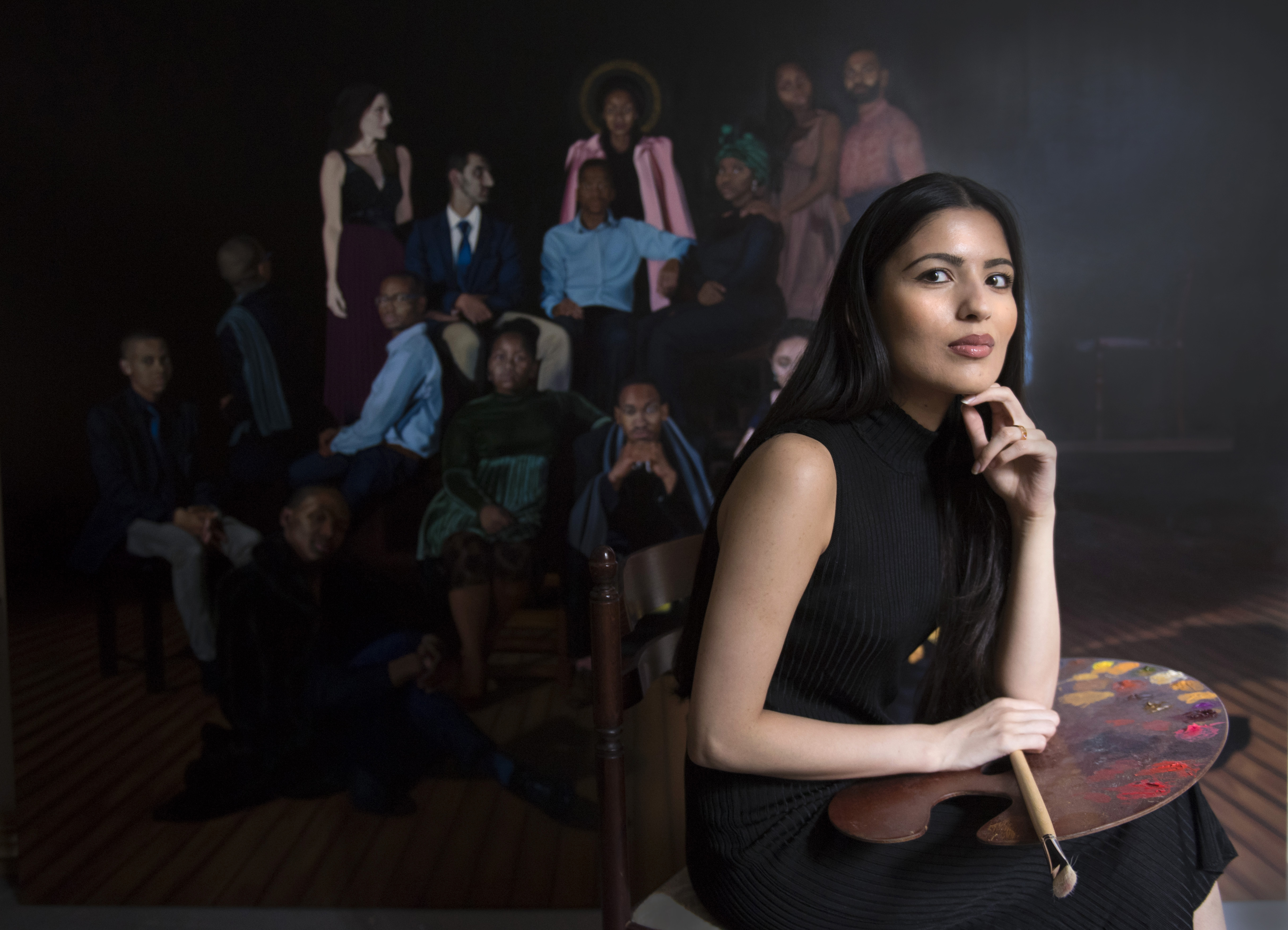 Khushna Sulaman-Butt, born in 1995 in Blackburn, UK, completed her BFA in Fine Art at Oxford University in 2016 and her MFA at the Slade School of Fine Art in 2021. Khushna creates large scale figurative works, whose subjects are rooted in her British-Pakistani background as well as in the exploration of aesthetics of the female body, the subversive exchange of power latent in gender, societal expectation and stereotype. The Artist creates her art working from original photography, allowing the viewer to gain a position of either dominance or submission, questioning our perceptions of identity and culture.

Most of Khushna’s work is focused on the modern society and is in particular influenced by Guy Debord’s “The Society of the Spectacle”, capturing individuals who exist in the spectacle of mass-media and exploring a relationship between the subjects and the media. Similar to photography, in her paintings Khushna depicts her subjects in and out of focus, exhibiting a strong degree of dynamism, questioning perceptions and the qualities of the mediums used further.

In 2017, Khushna’s work ‘Society’ was selected for the National Portrait Gallery Award. She also took part in the Sky Portrait Artist of the Year in 2019. Furthermore, Khushna has been shortlisted for several awards, including ACS Studio Prize (2020), BP Portrait Award (2020), Aesthetica Art Prize (2017) and was also the winner of the British Muslim of the Year (2018) Arts and Cultural Awareness Award, for her works representing people of Muslim heritage and racial minority.